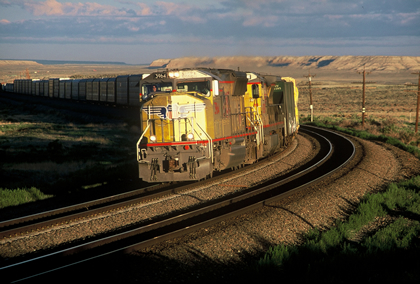 Golden Dawn
Bryan, Wyoming - July 2004
Bryan was a going concern when the Union Pacific
laid out the town in 1868, quickly growing to 5,000
inhabitants. However, when nearby Blacks Fork dried
up in 1872, the railroad moved its shops ten miles east
to sparsely populated Green River City where there
was a plentiful supply of water. Soon Bryan would be
added to the list of Wyoming towns that once were.