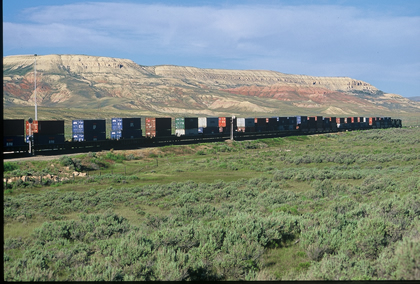 Shadow Boxing
Nugget, Wyoming - July 2003
The centerpiece of a national monument created
in 1972, Fossil Butte is noted for some of the most
perfectly preserved fossils of ancient animal and plant life
in the world. According to Richard L. Lewis of nearby
Fossil Station, railroad workers assisted in the dis-
covery of many new fossils when the line was rerouted
a quarter-mile closer to the butte in the 1950s.